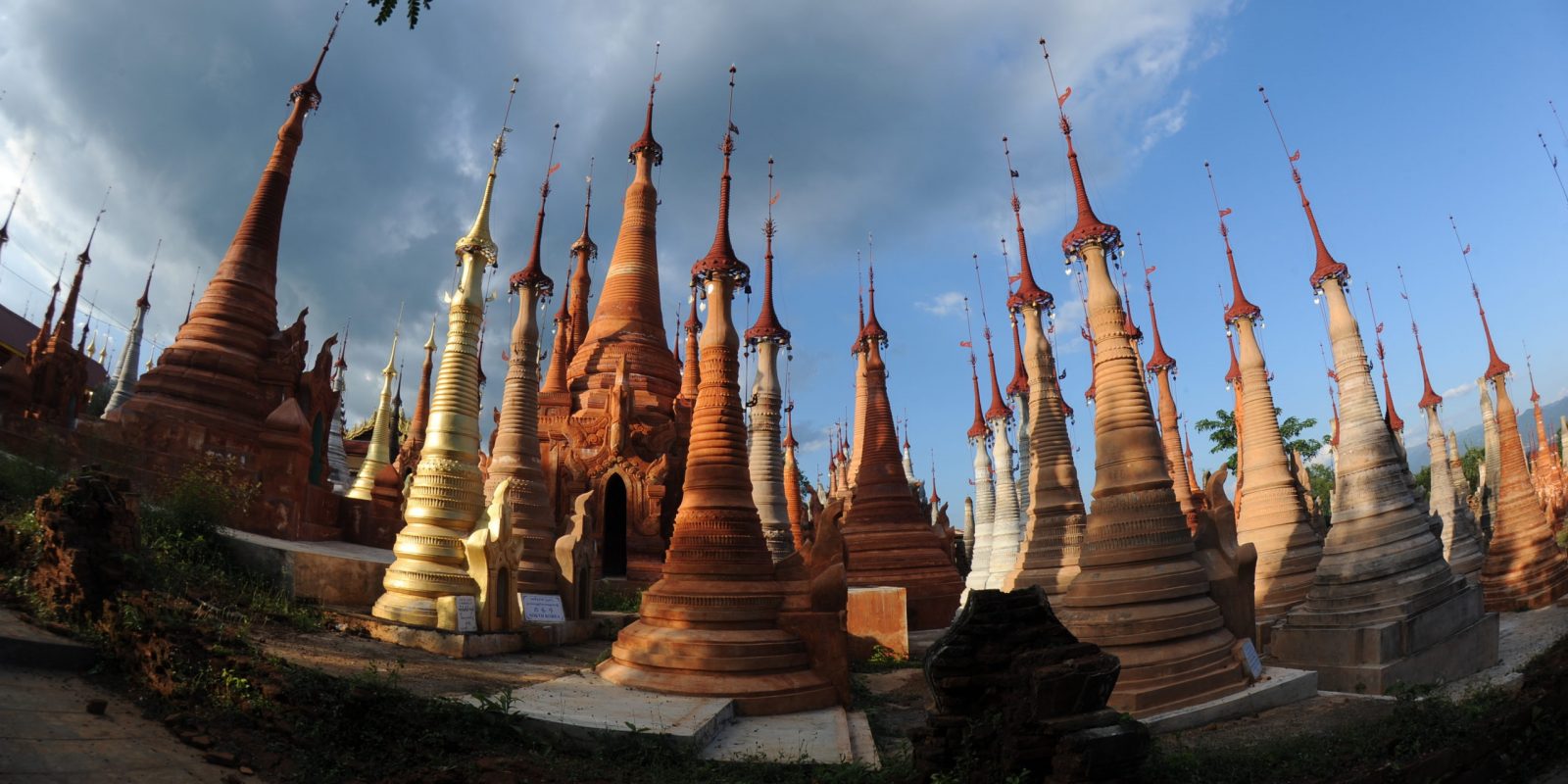 Down a narrow canal south of Inle Lake, bedecked with trees and reeds is the village of Indein. Journeying along the foliage-clad canal is reminiscent of Captain Willard’s fraught expedition up the Mekong in search of the missing Captain Kurtz. However upon arrival at Indein everything becomes genteel.

The first cluster of stupas are directly behind the village. Known as Nyaung Oak, through the vegetation one can discern stucco carvings of animals, devas (divine beings from the Vedic period) and chinthe (the mythical beasts, half-lion, half-dragon, that guard Burmese pagodas.)

The structures are largely in disrepair to the extent that many chinthe look as if they have been partially skinned, revealing moss-filled bricky innards. Crawling under the low-arched roofs of the shrines one can stare into the long-neglected faces of a Buddha, sitting proud and waist-deep in rubble.

Beyond Nyaung Oak there is a staircase leading to Shwe Indein Paya, an assortment of 1054 zedi predominantly constructed in the 17th and 18th Centuries. The ceilinged passageway leading to the stairs is lined with stalls selling lacquerware, traditional Inthar dress and Buddha Images.

If one takes a left when coming down from Shwe Indein Paya following the little path down to the waterfront, they will come to a bend in the river where the water races down from a weir and the current reaches a fever pitch. Here you can see locals bathing, washing their clothes and generally frolicking about in the water, young children allowing the swift current to sweep them down while older boys challenge each other to swim against it upstream.