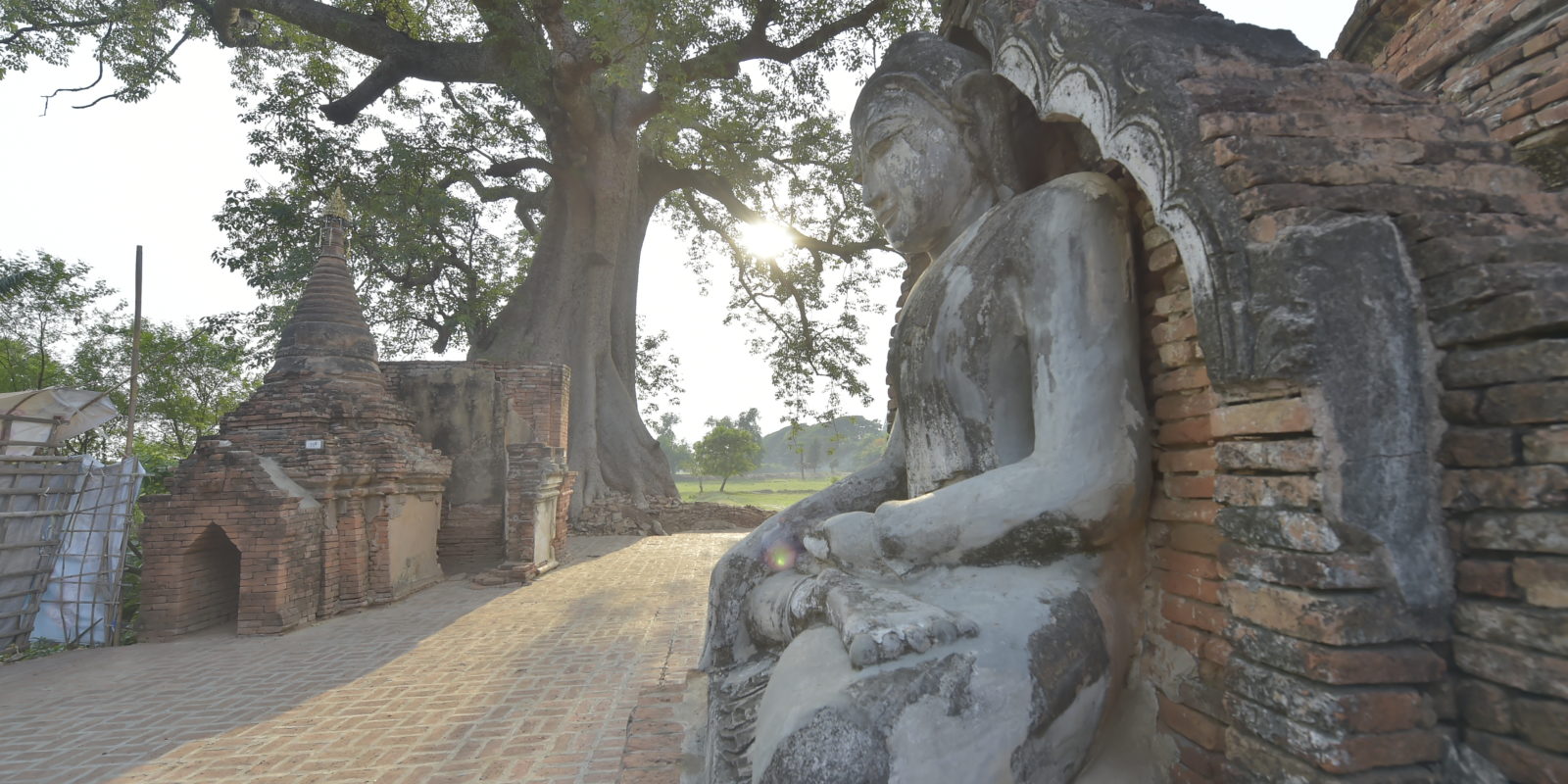 Spanning over 400 centuries, Inwa was capital of Myanmar four times before the seat of power was relocated to Amarapura in 1783.

Regarded as a particularly sacred place to the Burmese, Inwa (also known as Ava, meaning ‘mouth of the lake’) used to be called ‘Ratanapura’ which translates as ‘City of Gems’. The brick and teak watchtower Nanmyin, referred to as ‘the leaning tower of Ava’ as it has been tilted to one side by an earthquake, is all that remains in Inwa of King Bagyidaw’s royal palace.

Such was the reputation of this capital city than in the 19th Century, in Europe and America for all intents and purposes the ‘Kingdom of Ava’ was Burma, and tales and impressions of the ‘Court of Ava’ were avidly recounted in western drawing rooms.

One can take a bumpy horse-and-cart through and around Inwa, most of which are today manned by gutsy local women. However we only recommend this mode of transport if the horses appear to be in good condition and well cared for. Alternatively, one may wish to hire a bicycle to explore the ancient city.

When in Inwa one can visit the Maha Aung Mye Bozan Monastery, built not of teak wood but brick by the Burmese Queen Me Nu. The multitude of tunnels under the monastery were designed to provide a hiding place for the queen in the case of political turbulence.

Also worth a visit is the one mile-long Inwa Bridge linking Sagaing and Mandalay. A site rich with battle history, the Thabyedan Fort on the Mandalay side of the river was constructed as the final defence by the Burmese in the Third Anglo-Burmese War in 1885. Years later, much of this bridge was blown up by the British in a last-ditch attempt to halt the progression of the Japanese in the Second World War.

Looking at the once proud bridge slumping into the water – a bridge that in many ways symbolized the greatest achievements of the British in Burma – General Slim of the Allied Command remarked that it was ‘a sad sight and a signal that we had lost Burma.’

Though not very large, it is worth spending at least one long afternoon at Inwa when in Mandalay, as there are a variety of little nooks and crannies best sought out by following your own nose at your own leisure. 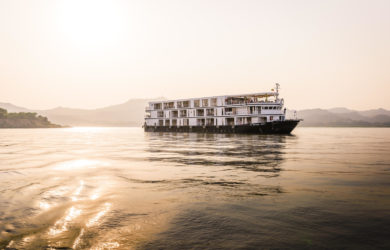 The Road from Mandalay

Travel in luxury and delve under the surface of Myanmar’s alluring culture.