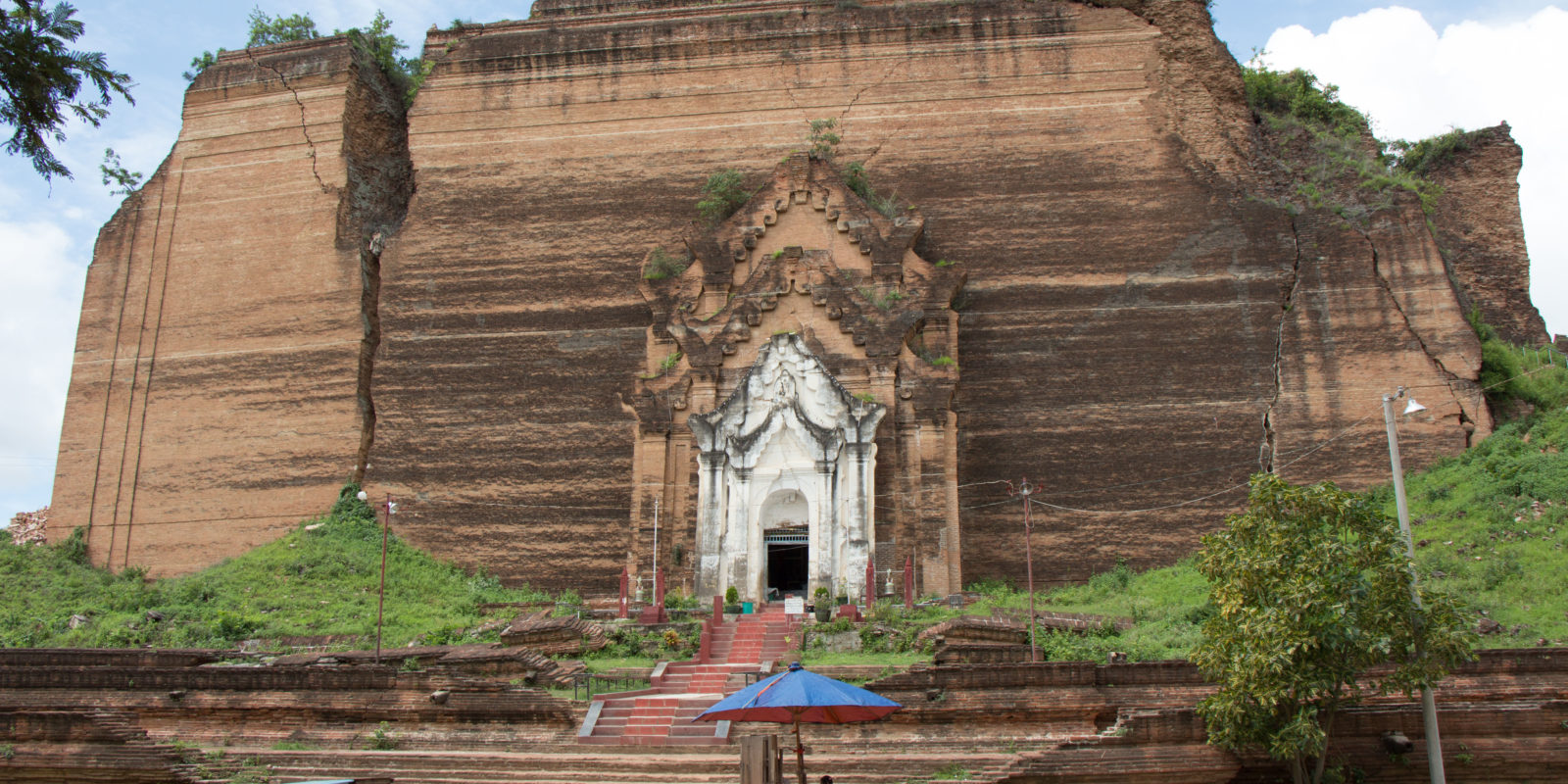 The Mingun Pagoda would today be the biggest pagoda in the world if the grandiose scheme of King Bodawpaya had been completed.

Each side of the vast base measures 72 metres (235 feet). The height is 52 metres (172 feet), but was intended to be a colossal 152 metres (500 feet high). The construction of the Mingun Pagoda, principally through slave labour, drained the surrounding region of both resources and manpower.

It remains Burma’s most ambitious archaeological endeavor however following King Bodawpaya’s death construction was abandoned. Any remaining will to complete Pahtodawgyi was killed off for good by a widely believed prophesy that claimed the Konbaung Dynasty would collapse the day the Mingun Pagoda was completed.

Not content with his mammoth pagoda plans, in 1790 Bodawpaya constructed a gigantic bell to accompany the pagoda. Today, the Mingun Bell is the second biggest functioning bell in the world (recently surpassed by the Pingdingshan Bell in China.) The bell is four metres high and five metres wide at the lip.

Although impressive, it is much smaller than the legendary “Great Bell of Dhamazeddi” that was 327 tonnes, lost in the Yangon River by the Portuguese merchant-cum-privateer-cum-quasi-king Filipe de Brito e Nicote in 1608. (Not to be confused with the bell from Shwedagon Pagoda, taken by the British colonialists and also lost – temporarily at least – in the Yangon River.)

A short walk from the bell is Settawya Pagoda, a hollow shrine containing a footprint of the Buddha, brought to Mingun by Bodawpaya. Further on is the glorious snow white pagoda Mya Thein Tan, built by Bagyidaw for his first cousin and consort Princess Hsinbyune (Princess ‘White Elephant.’) 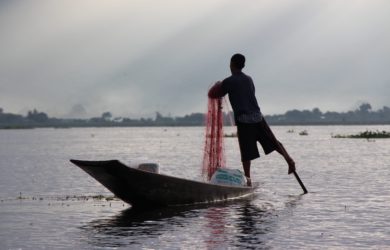