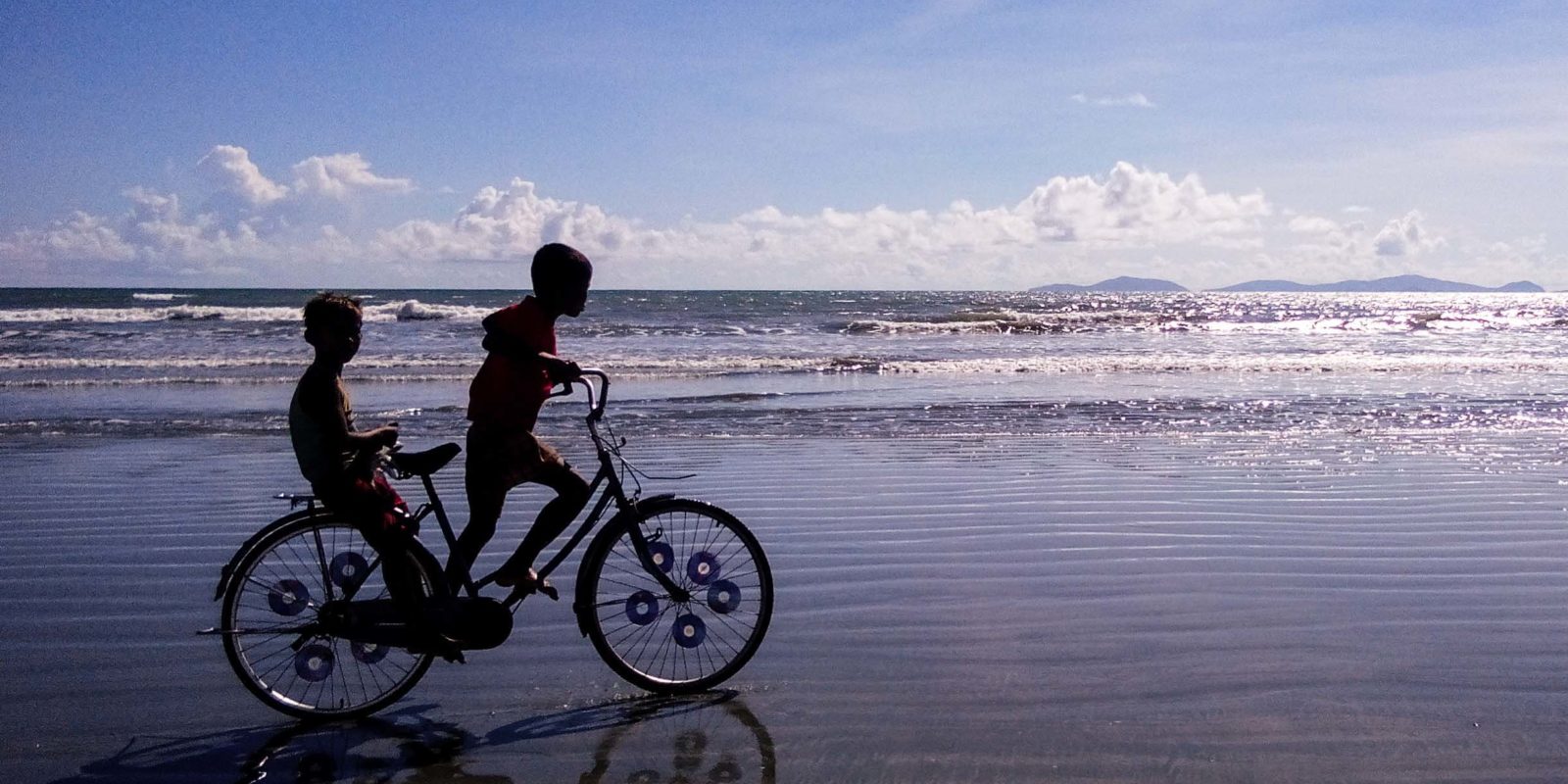 Dawei, situated in an optimum location for trade, was tugged back and forth for centuries between Siam and Burma, before the British decisively took the town as one of the first pieces of their Burma conquest in 1826.

There is plenty to do and see in and around Dawei and it is a good jumping-off point for the secluded beaches and fishing villages such as Maungmagan, Phloe Hla Maw, and Yaun Pin.

Dawei’s Payagyi is a pristine complex bustling with locals at sunset. A 30 minute trishaw ride out of the town can take you to Shwe Thal Yaung Daw Mu, which at a length of 74 metres and a height of 21 metres is the second largest Reclining Buddha in the country. Visitors could once enter the hollow image and view the jataka therein, but it has now been barred shut due to it becoming a haunt for the young couples of Dawei with intentions far removed from obeisance and meditation.

Not far from Shwe Thal Yaung Daw Mu is the Shinmetkhi Pagoda, which houses a particularly revered 150 year old Buddha Image from Cambodia. There is a well just outside the pagoda which has a sign strictly forbidding anyone to drink from it, on account of its water being fingered for sending a former king of Myanmar mad, leading to the frantic execution of a score of subjects.

In the town one can also visit both a broom factory and a cashew nut workshop, as well as the Yatawmu Standing Buddha. Additionally worth a visit, purely for its striking and slightly foreboding structure, is the old colonial church which is now the town’s Educational College.

Restaurants such as Tavoy Kitchen and Le Bistrot are enlivening Dawei’s nightlife, making the town the most convivial town for a drink south of Yangon.

Just outside of Dawei, a short distance beyond the small town of Lao-Lo, is the Tawkye Waterfall atop of which stands a small pagoda. The water rushes into a lagoon at the bottom where locals plunge in to cool down. Up at the top, visitors are granted splendid views of the surrounding paddy fields.

Not far from Tawkye is Tanintharyi Division’s answer to Golden Rock. The gilded boulder that here perches on the edge of the cliff is actually the same size as the one in Mon State, but does not boast the splendid backdrop of the original.

Nonetheless, those who have climbed to the summit of the hill (about a 45 minute hike) will be able to savour splendid views from the other side of the summit of the empty and pristine 2 mile strip of Phloe Hla Maw Beach and the Dawei Estuary.

Save for commandeering a fishing boat, access to Phloe Hla Maw beach can only be sought via a small track from the nearby Yaun Pin fishing village. The beach used to be entirely strewn with mangrove, cashew and betel-nut trees until the Boxing Day Tsunami of 2004 swept half of the orchid away leaving this idyllic stretch of sand in its wake.

The only building either on or viewable from the beach is a small hut belonging to an old man from Yaun Pin, whose spry figure you may spot striding heartily across the bay. There is a sand-banked lagoon at the centre of the beach and out to sea nothing except for fishing boats and the children of the village playing in the waves.

One may imagine how in a decade’s time these children will likely work as waiters and chambermaids in the hotels that sit where once the cashews grew. They will tell the incredulous guests how this beach used to be empty save for themselves; the whole bay their playground, where now tourists sunbathe and drive jet skis.

If possible – and it is advised only when accompanied by a local guide – pop back along the rocky path to the village of Yaun Pin shortly after sunset to catch the fishing boats come in. At this point the village’s own little bay fills up with lithe children, who plunge into the crashing waves along with their fathers and brothers to help haul in the day’s catch. The large tuna are heaped in towering piles on the sand before being carted away a-top heads of stocky women.

The silhouettes of the limber and bare-chested fishermen backlit by the seafoam green boat lights, the charcoal smell of campfire smoke cutting through the stench of fish, and the convalescence of action and unity makes for an utterly intoxicating experience.