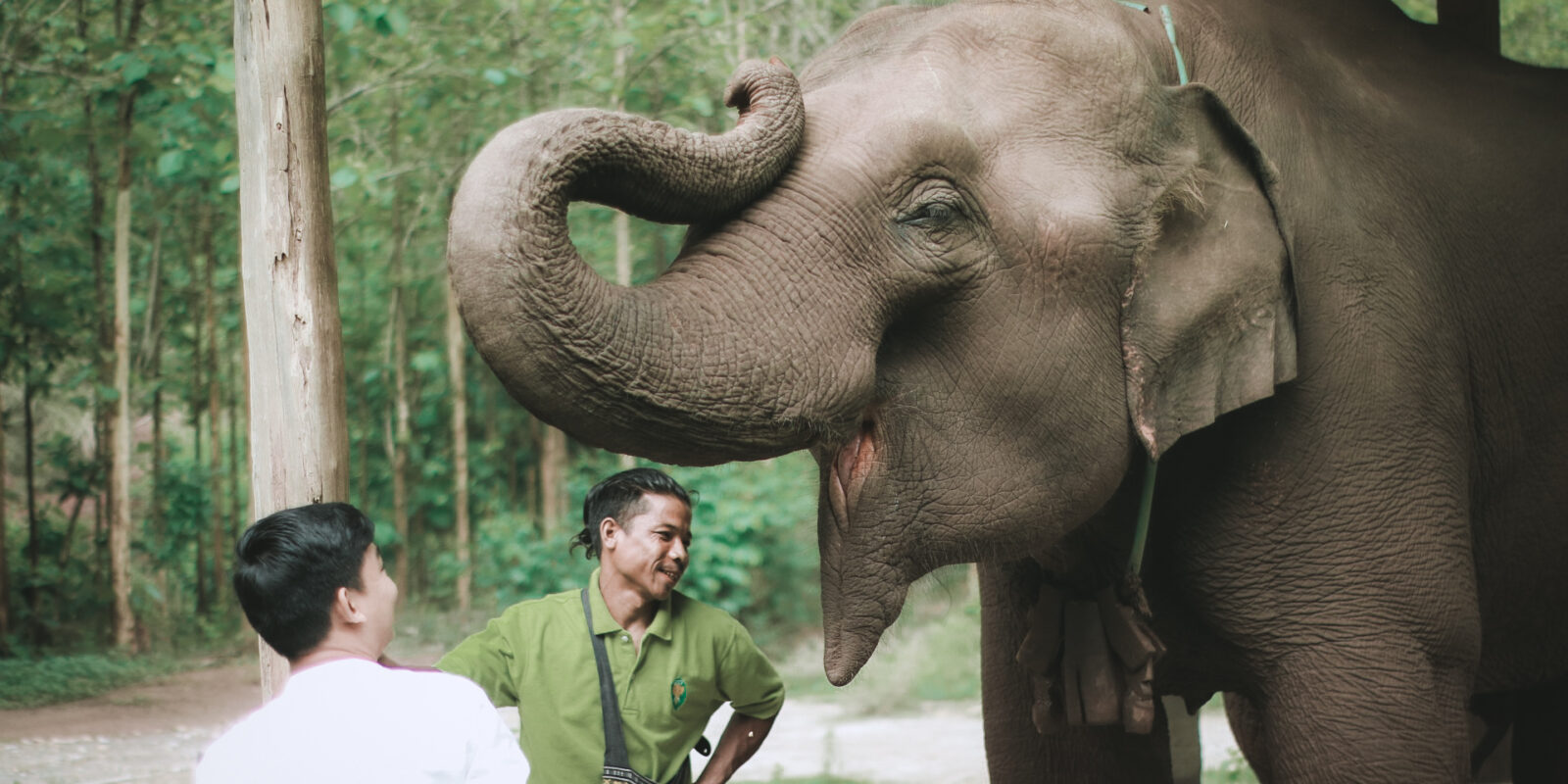 Kalaw is Myanmar’s ‘pine tree town’. The climate is cool, the coffee is strong and the curries are hot. There is a smattering of colonial architecture still in mint condition. This includes the much-loved red brick railway station which might as well have been plucked straight out of an English village.

Up the Tekkatho Road is the Christ the King Church. If visiting when a service is taking place you will witness the small but hearty Catholic congregation belting out the hymns and lessons with a gusto that would startle any slumbering rector in the Yorkshire Dales.

Opposite the church is an attractive high school, one wall of which sports the curious motto, ‘The Only Way to Have a Thinking School is to be One’. This used to be the British army hospital and is as architecturally pleasing as the church.

Kalaw is less chaotic than much of the country. The central market is buzzing without being chaotic, busy but not stifling. Pa’O bags and other goods from the hills can be purchased here, as can a reviving bowl of Shan noodles for breakfast. For lunch and supper Kalaw specializes in Indian cuisine due to the large number of descendants of the rail workers the British employed from India and Nepal in the colonial era.

Kalaw also has its own Shwe Umin Golden Cave Pagoda. Not as famous as that in nearby Pindaya, locals will humbly tell you that it is not very large at all; however it is likely to prove larger than the majority of caves that most visitors have been to, and with its dazzling collection of Buddha Images, far more spectacular too. The locals’ modesty coupled with the curling shape of the cave leads one to habitually approach false ends, before turning a corner to find yet another sparkling cavern reveal itself.

Visitors to Kalaw should stop by the Nee Paya, walking up the stairs as opposed to driving up to the top. In this monastery there is a bamboo Buddha Image that is said to have survived unscathed the flames of a fire that burnt to the ground the village it was housed in 500 years ago.

Towards the end of the 19th century the Shan States of Burma were categorized into three administrative zones by the British: Kachin/Sagaing, Trans-Thanlwin and Myelat. Myelat had a population of 107,500 in 1900, largely consisting of the Taungthu/Pa’O, Danu, Taungyo and Shan ethnic peoples. Myelat was comprised of 17 smaller states and modern-day Kalaw was part of the state of Thamakan (or ‘Hsamongkham’).

What remains of Thamakan today is a small village with crumbling pagodas. Kalaw, however, is a regional hub.

Kalaw’s temperate climate and fertile land was always to draw interest from the British. Sir Hubert Thirkell White visited by horse in the 1890s and wrote that it was “a perfectly lovely spot, believed by many to be the future hill capital of Burma.” Visiting in 1912, P.D Patel described it a “a real health resort” and an editorial in The Rangoon Times referred to it as “the Rhodesia of Burma”.

Like the other hill stations of Myanmar, Kalaw was built-up by the British to be a hot season retreat, allowing them to avoid the “prickly heat” that they suffered from at lower altitudes. The extreme efforts they went to avoid this affliction is evident in the railway lines they built climbing up into the hills. The line running from Shwe Nyaung to Kalaw, built in the 1910s, is a good example of this architectural ingenuity and sheer bloody-mindedness. The highlight comes when travelling over what is now known as the Bawa Than Thaya, the Life-Cycle Bridge, where the tracks loop twice over a gorge. It takes its modern Burmese name from a popular movie and today film-buffs walk out onto the bridge to take smiling selfies on the sleepers.

Towards the beginning of the 1920s, plush country houses were being built and the Kalaw Club (“the right kind of club”) was established not far from what is today the Kalaw Heritage Hotel.  By 1917, the praise was gushing, with The Rangoon Gazette extolling the wholesome virtues of the town: “Babies are everywhere. They dot the hillsides. You meet them in prams in the roads, red-cheeked and laughing, enjoying Kalaw.”

The colonial administrator Maurice Collis visited in 1937 and was more temperate in his description:

“In the centre of the valley was a small town with a railway station, shops, and a bazaar. Round the slopes were English bungalows in gardens of flowers. The pines stood everywhere along the roads, neater, more park-like than the jungle trees. Indeed, Kalaw was like a demesne. A pure, cool breeze moved under a bright sun. There was a faint scent, quite unlike the heavier perfumes of the hot plains below. The feeling was remote.”

Everything changed when the Second World War came to Burma. As the Japanese rapidly advanced through the country, in 1942 most of the foreign residents of Kalaw travelled to the airfield in Myitkyina with the intention of being evacuated to India. The less fortunate had to make the journey to the border by foot.

One of Kalaw’s most colourful British residents that made the journey up to Myitkyina was Gladys Mary Childers, often referred to as simply ‘Mrs Childers’. After the plane she was in crashed and her niece killed, Mrs Childers returned to Kalaw by foot. Maureen Baird-Murray, then an eight-year-old Anglo-Burmese in the care of Italian nuns, remembers Mrs Childers turning up at St Agnes Convent injured and bedraggled. Mrs Childers hid for several months with the nuns before she was discovered by the Japanese and seized. The Mother Superior reached out to her to show that the nuns were not guilty of betrayal “but one of the soldiers butted her away with his rifle as a warning. We felt the brave lady understood, as with bloody head held high she was marched away.” Mrs Childers was sent to an internment camp in Tavoy (modern-day Dawei) for the rest of the war.

Mrs Childers was already a widow. She and her husband Lt-Col Hugh Francis Eardley Childers had lived in a grand house in Kalaw and were known to keep elevated social standards. In the evening he would always wear a dinner jacket and she an evening gown with gloves. Mrs Childers returned to Kalaw after the war where she entertained girls from the convent with cucumber sandwiches and tea from a silver pot. She couldn’t speak a word of Burmese and would insist, “If you are not understood in English, you shout.”

When Mrs Childers died she left her house to her Indian driver. This was a scandal and the house was later confiscated. You will find the house marked as ‘Mrs Childers’s House’ on most tourist maps of Kalaw. 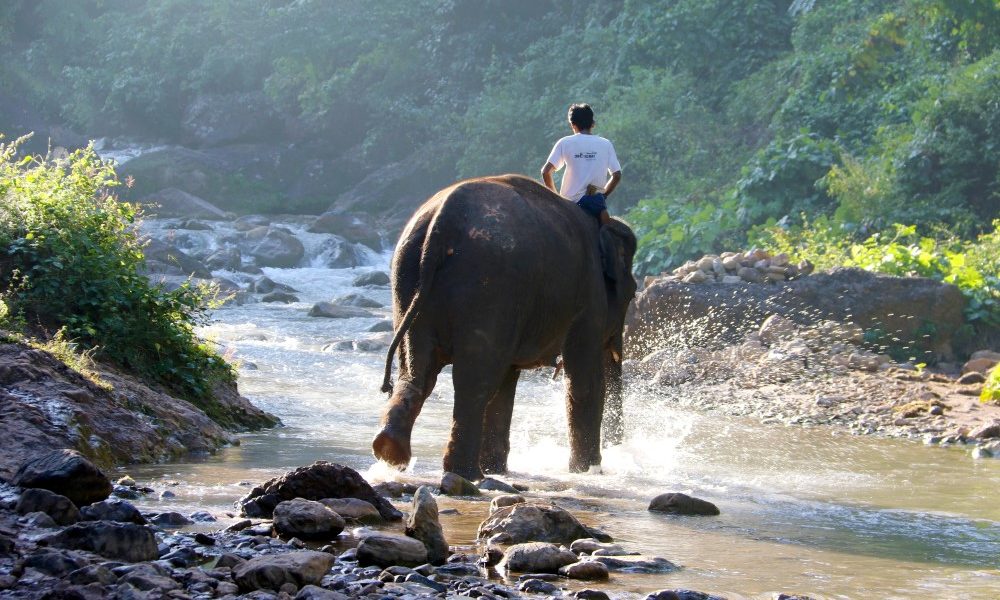 Just a 40-minute drive from Kalaw is the Green Hill Valley Elephant Camp where retired elephants from the timber trade are offered comfort and copious amounts of pumpkin in their twilight years. The camp was set up by a family with a long history of working with elephants both in the timber trade and as vets. The Green Hill Valley Elephant Camp is their way of giving something back to the animals they love.

As co-founder Daw Tin Win Maw said to us:

“After working in the tourism industry for almost twenty years, my husband and I started to think of doing some responsible programme in our country with the elephants we love. Of course, with the help of my uncle who is an expert in veterinary experience of elephants. My uncle was really interested, throughout his life he has spent time with elephants. He told us, you have to be patient, working with elephants is not a kind of ‘high business’, it is a challenging business all over the world. You cannot do it without the passion. I said to my uncle: “Let’s do that challenge!””

Small groups are taken around the camp and allowed to feed and bathe the elephants. The first concern for the management at the Green Hill Valley Elephant Camp is the well-being of the elephants: this camp is about education, not entertainment. For that reason, if and when you visit the camp, riding an elephant may not be possible. However, feeding them certainly will be. As the staff like to joke, ‘An elephant only eats one meal a day. But the meal lasts 24 hours!’

With the camp as your starting point you can hike up into the hills and back to Kalaw ending up at the Thein Taung Pagoda (Cloudy Mountain Pagoda), offering optimum views over the town. Longer and more immersive two to three-day treks are possible where guides can lead you to surrounding villages of the Danu, Pa’O, the Silver Palaung and Taung Yoe.

More on Elephants in Myanmar