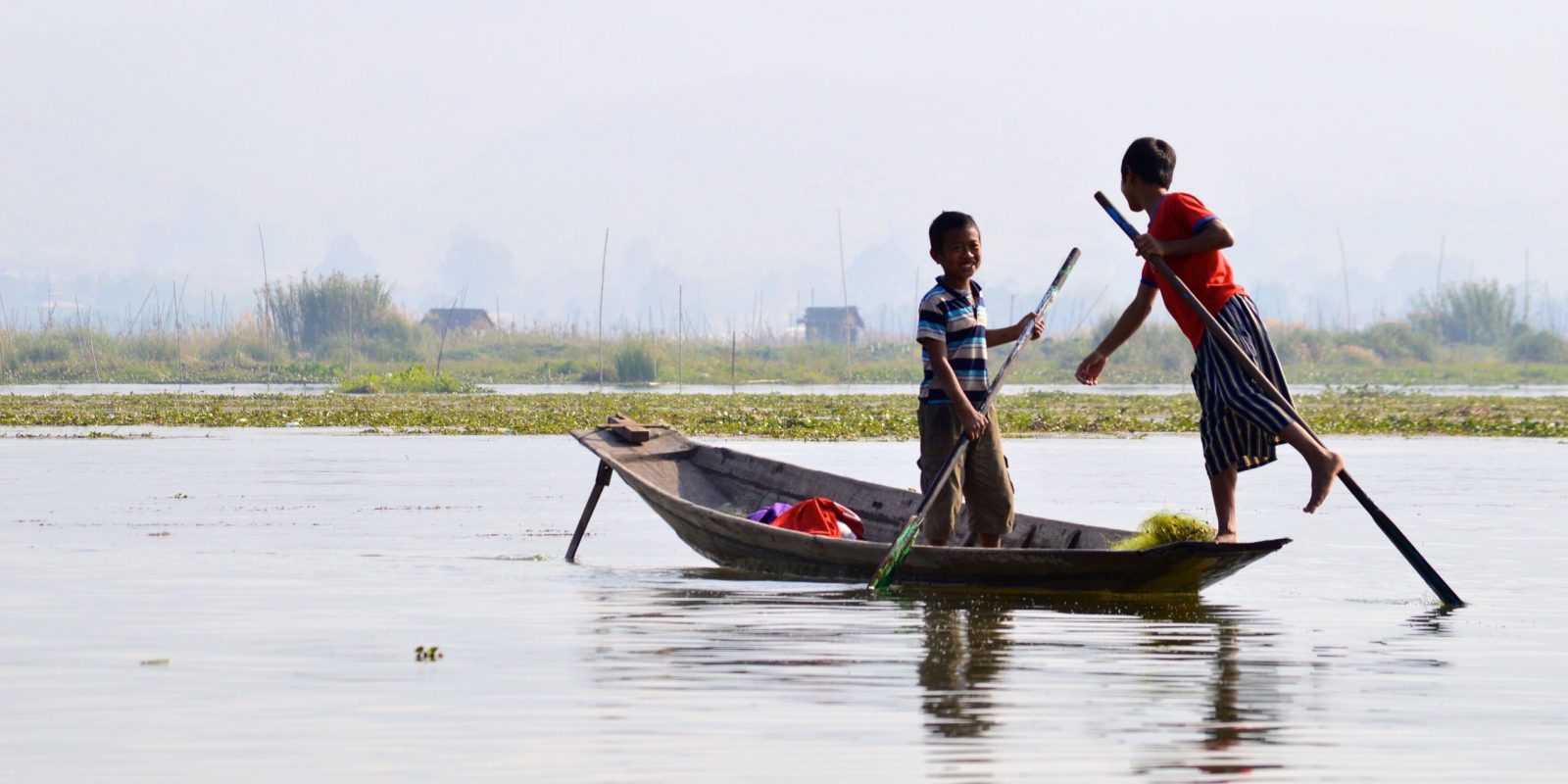 Out from the placid water of Inle Lake spring tangles of reed, dragonflies skim over the surface and through the blue mist that tumbles down the hills burst the sleek tufts of clamorous reed warblers.

Inthar fishermen balance deftly at the end of their flat-ended sampans, silhouetted against the backdrop of the hills and perhaps a fortuitous sighting of a sarus crane taking flight over the wetlands.

The People of Inle Lake

Inle Lake and its environs are home to a variety of ethnicities including the Shan, Taung Yoe, Pa’O, Palaung, Danu, and Kayah, living up in the surrounding hills and on the shores of the lake itself.

It is however the Inthar, the ‘Sons of the Lake,’ who dominate the region and who are best-known to those travelling to Inle. The men are renown for their distinct way of fishing whereby they steer their boat while standing upright with one foot hooked around the paddle, leaving both arms free to cast their thimble-shaped nets into the water.

The poised ballet-esque pose that the Inthar strike mid-catch, sporting their conical hat, makes for startling scenes against the silver surface of the lake. It is undoubtedly one of the most remarkable sights to see at Inle.

In addition to fishing, the locals cultivate large floating gardens on the lake where they grow fruit and vegetables, with reeds from the lake acting as floating beds. 70% of the tomatoes consumed in Myanmar come from these floating farms.

Things to see & do at Inle Lake

Visiting the pagoda Phaung Daw Oo and the monastery Nga Phe Kyaung are two of the most popular things to do at Inle Lake. Travellers to Inle may also wish to visit the floating gardens and weaving workshops which the lake is renown for.

Inle is also an ideal spot for keen twitchers, home to the gorgeous brown and black headed migratory seagulls, approximately 20, 000 of which are to be found around the lake through the winter. The Inle Wetland Bird Sanctuary looks out for the herons, warblers, cormorants, wild duck and egrets that live on the lake.

Inle Lake is also popular as a base for exploring other parts of Southern Shan State. Those visiting Inle can trek over the Pa’O hills and it is possible to cycle or take a boat down to the southern lake of Samkar and even into Kayah State.

We also recommend that travellers visiting Inle explore the vineyards outside of Taunggyi and the ancient stupas of Kakku.

Treks can be made around the small tea-farming town of Pindaya, coffee-tasting can be done in Ywangan, and the local train can be boarded to reach the British hill-station of Kalaw.