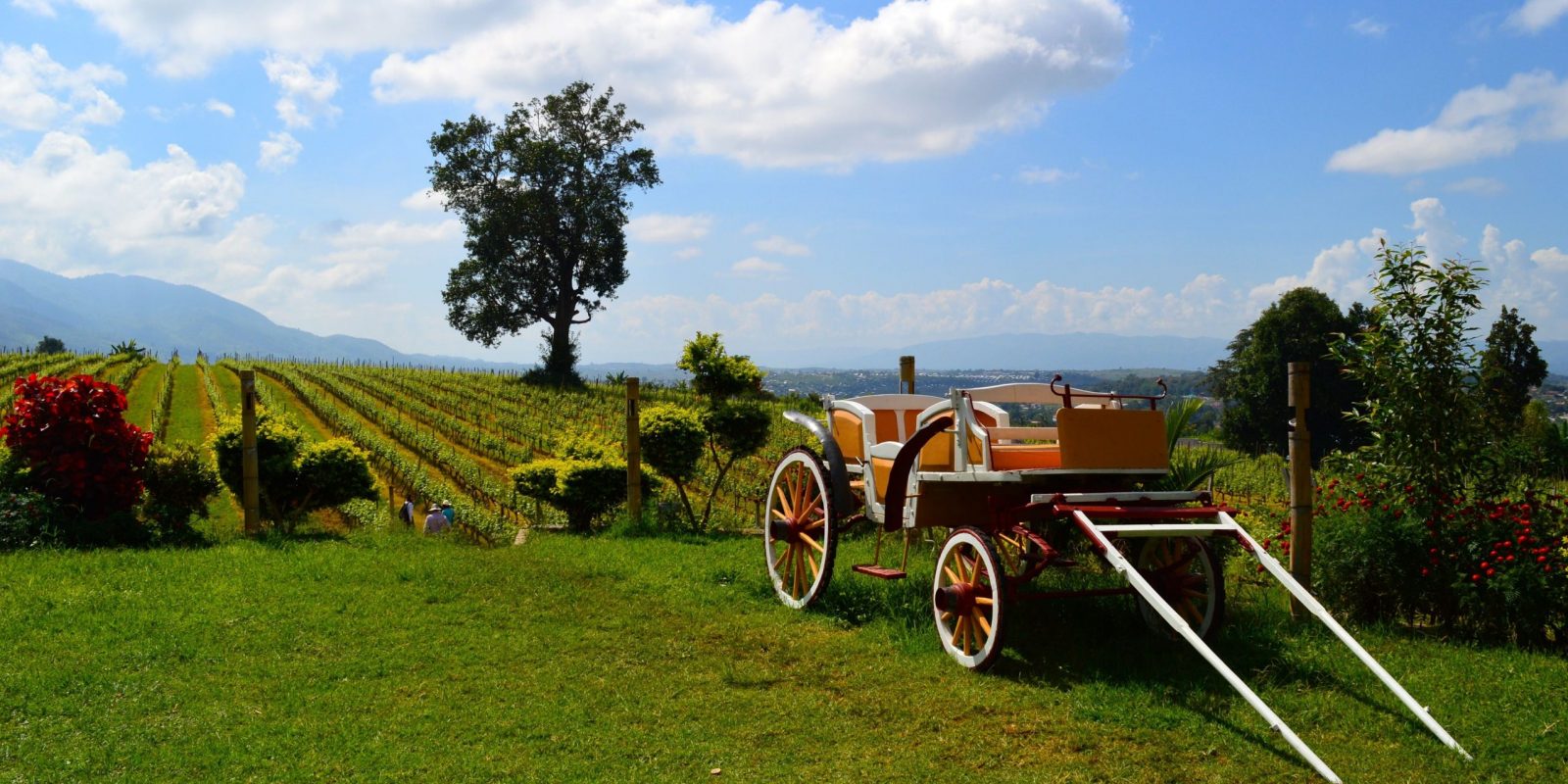 ‘I think I am as intrepid as the next man, but I have a side – and it may be the same side that is partial to trains – that enjoys the journey only because of the agreeable delays en route, a lazy vulgar sybarite searching Asia for comfort, justifying my pleasure by the distance travelled. So I had come 25, 000 miles to be here, loafing in Maymyo warming my bum at the fire …’

So writes Paul Theroux, reclining at Maymyo’s Candacraig Hotel in his travelogue The Great Railway Bazaar.

When Burma was part of the British Empire, so as to escape the humidity and ‘prickly heat’ that plagued them, the more sybarite instincts of the colonialists led them to build an array of ‘hill stations’ in locations which offered a more temperate climate and tranquil ambience.

Today the old hill stations of Burma continue to offer cooler altitudes, scenic landscapes and a smattering of atmospheric colonial buildings, making them some of the most attractive locations in the country. In Myanmar, where luxury travel is still very much in its infancy, these hill stations are quickly becoming highly valued destinations for tourists. Over the last 75 years many have seamlessly morphed into weekend destinations for locals while others have slipped into decrepitude and decay.

Here we look at five of the most interesting.

As a hill station under the British the town of Pyin Oo Lwin was known as Maymyo or ‘May Town’, named after Colonel May of the 5th Bengal Regiment who in 1886 established the hilltop as a holiday location for British Army Officers based in Mandalay.

Pyin Oo Lwin is perhaps the most polished and tidy town in the country. The clamour and exuberance that buzzes throughout Myanmar has here been tamed. On the construction of the town, in his book The Trouser People, Andrew Marshall writes how the British hacked golf courses and rugby pitches out of the wilderness ‘while all around the jungle frothed and seethed.’

Indeed, known as City of Flowers, the riot of botanical colour and fragrance that greets those on the journey up the hill from Mandalay has been pruned, snipped and sorted by the time it reaches the town, so to be found either in neat rows in the grand Botanical Gardens or arrayed in ringlets upon the brows of the horses that bear cadets about the town in carriages.

The most interesting sight in the town is the Candacraig Hotel. The building was used as a hospital during the Second World War but before that had been a raucous ‘raj chummery’ for Tommies on leave. Today Candacraig is derelict much of the year and most locals give it a wide berth believing it to be haunted. Entering inside no poltergeist is evident but one can still detect ghostly whiffs of Devils on Horseback and lime-garnished G&Ts.

Thandaung Gyi, 43 kilometres east of Taungoo, was never a bustling Hill Station like Maymyo. In 1911, 26 years after the Konbaung Dynasty of Mandalay had fallen to the British, records state that in Thandaung Gyi there was only a police station, a small hotel, a circuit house, a district bungalow for visiting government officials and two small European boarding schools. In 1914 this prosaic assortment had been joined by, as the Taungoo District Gazetteer reported, ‘a licensed shop for the retail vend of foreign spirit and foreign fermented liquor’.

Today two colonial churches remain St George’s and St John’s, both of which are ashen and eerie. Understandably the locals prefer either the new Methodist Church or the prayer hall atop the looming Naw Bu Baw Mountain. The turrets and grounds of George and John are left to errant children playing with bamboo guns and brooding, hooded teenagers.

If visiting on a Friday or Saturday we recommend stopping by Amazing Cafe for a hearty lunch of Karen bamboo stew and fried tofu. Here you can hear about the mythological star-crossed lovers Saw Thaw Oh Khaw and Naw Bu Baw (after whom the mountain is named) who, as is common in Myanmar folk tales, died in grisly circumstances. The ghosts of the young lovers are said to still walk hand-in-hand through the beautiful shrouded forests that surround the town.

Kalaw is the most charming Hill Station in Myanmar. Less than 40 kilometres west of Inle Lake, with its cool climate and fertile surroundings it is easy to see why the British chose it as a rehabilitative retreat. The red brick railway station is the most evident sign of its colonial past, looking like it has been plucked directly out of Thomas the Tank Engine or a novel by E. Nesbit. One can also visit the Christ the King Church up the Takkahto Road, within which Kalaw’s small but hearty Christian congregation bellow out the liturgy.

Kalaw is blessed with the best Indian restaurants in the country due to the descendants of the rail workers brought over by the British during colonial times. Besides these, we would recommend the Seven Sisters restaurant upon whose walls are pictures of the proprietress’ grandfather who served in the British Army during WW2 and then stayed on in Kalaw to marry a Shan lady.

When either travelling to or from Kalaw we would recommend taking the train along the old British railway line. Between Heho and Shwenyaung one will pass over the Bawa Thantaya or ‘Life Cycle Bridge’, where the track curls back upon itself to loop twice over the gorge. Today it takes its Burmese name from the widely popular film by the director Thuk Ha. As the train approaches you will likely see movie-buffs scattering down the sleepers after taking selfies on the tracks.

Despite the cheery cherry trees that line the road to Loimwe this town, known as the ‘Hill of Mists’, is a forlorn place. High in the hills roughly a two hour drive from Kyaing Tong, Loimwe once boasted 100 ornate colonial buildings. Today only a handful of these buildings remain as brick by brick poverty-stricken locals dismantled them.

Loimwe had the distinction of being the most eastern hill station of the British Empire, the outpost of outposts. Visiting in the 1930s the author and former administrator of Tanintharyi Division Maurice Collis is overcome by the melancholy that hangs over the town and gnaws at the half-a-dozen Brits living there. Despite the football fields and tennis courts, these people suffered acute loneliness, so far from home, three weeks from Taunggyi, and – in the winter – blotted out from the hills by a heavy mist until midday. Passing by the grave of a young suicide Collis reflects: ‘In Loi Mwé there were no imaginable consolations. The sole alternative to despair was death.’

Today, one alternative is to escape the hills altogether. Many of the mountain children of Loimwe have left home for opportunities in Kyaing Tong or Taunggyi or to try their luck as croupiers in the casinos of Mong La. Their raggedy younger siblings remain, for now, playing in the muddy red earth and watch with large eyes the few tourists who make it this far up into the Shan Hills.

Tourists who have made it this far can sweeten their trip to the Hill of Mists with the splendid local fruit juice that locals insist is not alcoholic but will, we are told, ‘send children to sleep.’

The village of Maing Thauk sits half on the banks of Inle Lake and half upon stilts in the water. It was originally intended by the British to be the principal hill station in the Inle area. However a severe bout of malaria struck down almost all the residents and the colonialists upsticked to Taunggyi; then a small Shan village, today the capital of the entire state.

Maing Thauk had been the location of Fort Stedman, the one-time administrative centre of the region and the first headquarters of the audacious and swashbuckling George Scott, the man lauded for coercing the proud and unpredictable Shan princes into the imperial British bosom. Alas, when reaching Maing Thauk in search of Scott’s former residence, the journalist Marshall writes that ‘Fort Stedman was long gone. Its barn-like barracks, the stranded bones of its officers, Hildebrand’s strawberry patch – all of it had been rightfully reclaimed by the jungle.’

Visitors can still walk along the British bridge which extends from the banks of the lake to the stilted far-reaches of the village upon the water. Once the colonialists had left the superstitious locals set about redecorating the cemetery with a stupa and buddhist trimmings. Today there is not much either Christian or charnel about the place.

At dusk, for 2,000 Kyat or so one can jump in a canoe with a local and be taken about the watery, reed-filled alleyways of the village. The water seems to turn an inky black at this time and the rippling light and reflections make for an eery experience when sitting low in the water, as if paddling over Acheron or through an inky verse from Struwwelpeter.