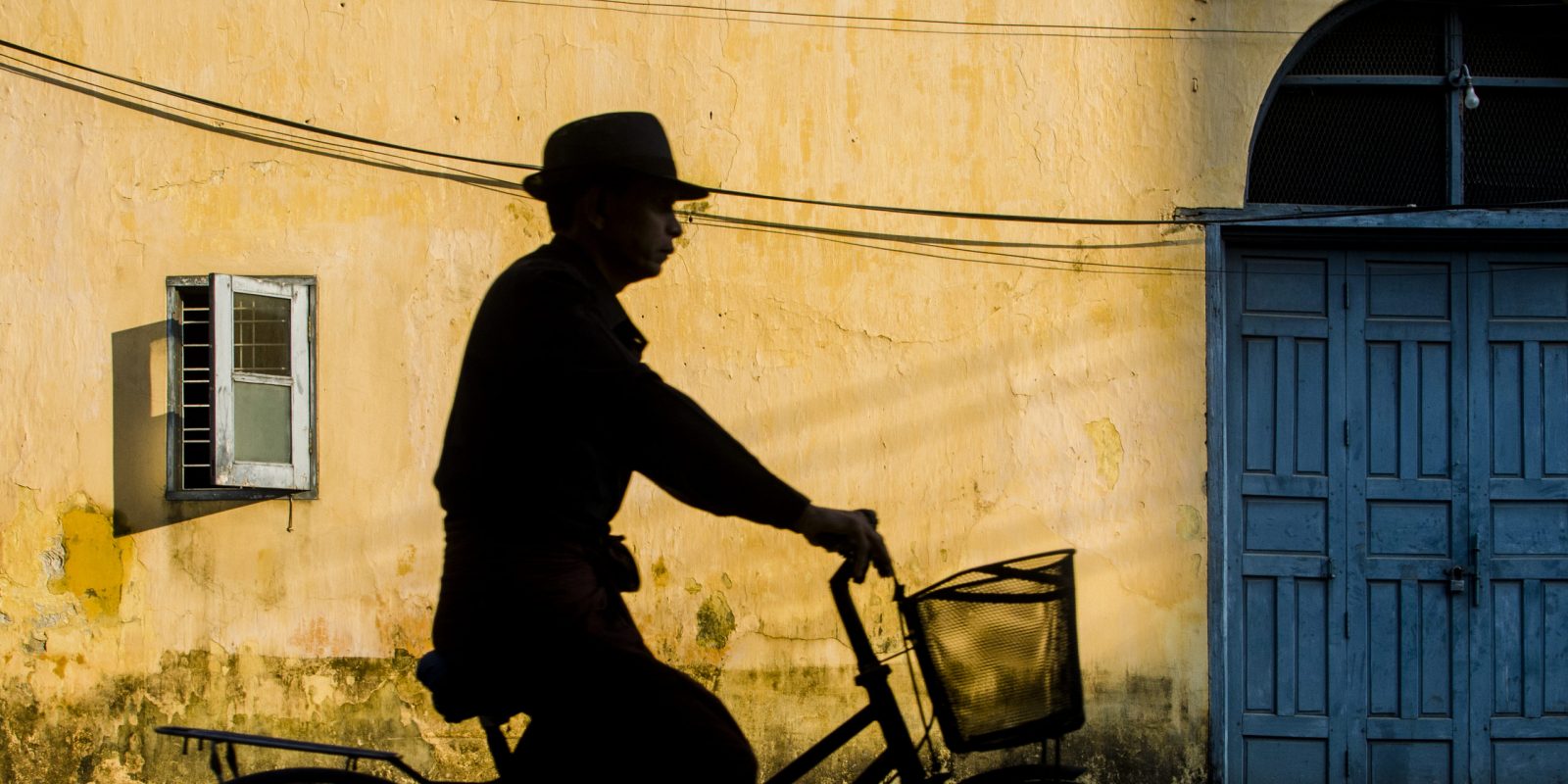 Myanmar’s Mawlamyine is the capital of Mon State and with 350, 000 inhabitants is the fourth largest city in the country. Abroad it is better known as ‘Moulmein’, a charming colonial town that was the first capital of British Burma between 1826 and 1827. Nicknamed ‘Little London’ in the 19th Century it was crawling with colonialists and their creature comforts, engendering the bustle of activity and commerce that characterized the British Empire.

Myanmar has many beautiful hangovers from a period in its history that was not very beautiful at all. The ‘dilapidated splendor’ of Yangon and the ‘colonial charm’ of the old hill stations Pyin Oo Lwin and Kalaw enchant visitors to Myanmar every year. The appreciation of the elegance of these buildings can and should go hand in hand with an exploration of the history. When travelling in Myanmar one can discover both the luxury and finery of colonial rule, as well as the more sobering side, or as George Orwell put it, ‘the dirty work of Empire.’

As Moulmein or Mawlamyine, this city offers the discerning traveller the chance to build up a circumspect impression of Myanmar both then and now through taking a walking tour commencing at Shwe Taung Street.

The brightly-coloured, low-slung houses of Shwe Taung were originally the residence of the many Indian Civil Servants that emigrated to Moulmein and Burma as a whole when the country was absorbed into British India. Trouserless children will gamble past you and past their sure-footed stocky mothers with baskets on their head and washing under their arms, dodging the footballs being dribbled down the street. Mawlamyine remains off the beaten track and so the ball may be momentarily neglected to roll into the gutter as the young players gawk and squeal in the presence of foreign faces.

At the top of Shwe Taung Street one will come to St Patrick’s Cathedral, built by the de la Salle brothers in 1829. Commonly empty but occasionally open, one can walk into the grand building and, if daring, climb up the creaking wooden ladder into the rafters as high as the bells.

Not far from St Patrick’s, just a short walk north along Upper Main Road, is Kyaikthanlan Paya – the inspiration for Rudyard Kipling’s Burma poem ‘Mandalay’. Kipling grew up in India but traveled briefly through Burma in 1889. When visiting Kyaikthanlan Paya, Kipling fell ‘deeply and irrevocably in love with a Burmese girl at the foot of the first flight of steps.’ Back in the gin-soaked Pegu Club of Rangoon, Kipling used this encounter in his poem when the narrator, an English soldier in grey London, reminisces about his time in the Orient:

“By the old Moulmein pagoda, lookin’ lazy at the sea

There’s a Burma girl a-settin’, and I know she thinks o’ me”.

Kipling’s depiction of Burma and its people in this vein ran in line with the contemporary European zeitgeist, where the Far East was seen to be wild, sensual and seductive … and little else. The tourism industry in Myanmar fuels this portrayal, deploying Kipling as a beacon for luxurious travel. Kipling quotes can be found in every travel guide and ‘Kipling Bar’s in most tourist destinations.

Nonetheless, many accuse the ‘bard of the Empire’ of rendering the girl in Mandalay as nothing more than something exotic and purely a source of desire for the young man. This accusation gathers impetus in extracts from Kipling’s Burma prose:

‘When I die I will be a Burman … and I will always walk about with a pretty almond-coloured girl who shall laugh and jest too, as a young maiden ought. She shall not pull a sari over her head when a man looks at her and glare suggestively from behind it, nor shall she tramp behind me when I walk: for these are the customs of India. She shall look all the world between the eyes, in honesty and good fellowship, and I will teach her not to defile her pretty mouth with chopped tobacco in a cabbage leaf, but to inhale good cigarettes of Egypt’s best brand.’

The beauty of Moulmein and Myanmar that Kipling fell for remains as sensual and seductive as ever it was. One can celebrate and marvel at this without forgetting that this is not all it is.

The crumbling steps up the pagoda ceilinged with grandiose and ornate decoration are also infused with the smell of bat excrement; one can enjoy chatting with the gaggle of child-vendors beaming and giggling from behind their ware, while not forgetting that these children are missing out on an education to tend to these stalls. Up on the terrace of Kyaikthanlan one will see, much as Kipling did, the hillside ‘ablaze with pagodas. From a gorgeous golden and vermilion beauty to a delicate grey stone one just completed’, but one can also gaze down at the less picturesque Mawlamyine Prison just to the north, today continuing to house 300 inmates.

The prison, built in 1908, leads us to the second most famous some-time guest of Little London, presenting a very different picture of British Burma.

George Orwell grew up on Kipling’s exotic stories of the East such as The Jungle Book and was inspired by the romanticism of Kipling’s Burma. However when Orwell arrived in Moulmein in 1926 the city was already in decline and cracks were appearing at the seams of the British Empire.

In Moulmein Orwell trained to be an officer in the Indian Imperial Police. His essay ‘A Hanging’ takes place amongst the ‘yellow gravel and the grey walls’ of the Moulmein Prison and the short story ‘Shooting an Elephant’ is also set in the town. Orwell famously begins the latter with the words:

‘In Moulmein, in lower Burma, I was hated by large numbers of people – the only time in my life that I have been important enough for this to happen to me.’

For a traveller to Myanmar today, surrounded by the smiles and ‘mingalabar!’s it is hard to envisage a time when:

‘…if a European woman went through the bazaars alone somebody would probably spit betel juice over her dress.’

Orwell paints a picture of Burma that is not languorous and bewitching but tense and antagonistic. He appears to directly respond to Kipling’s adulation of the ‘Burma girl’ in his own poem ‘Romance’:

When I was young and had no sense

I lost my heart to a Burmese girl

As lovely as the day.

Her skin was gold, her hair was jet,

Her teeth were ivory;

I said ‘For twenty silver pieces,

Maiden, sleep with me.’

She looked at me, so pure, so sad,

And in her lisping, virgin voice,

Stood out for twenty-five.

Today there are plans for Orwell’s jail to be dismantled and in its place a park or children’s playground to be constructed. Walking through Shwe Taung Quarter and along Lower Main Road no-one will spit betel at visitors and along the Strand Road beer stations and restaurants on the banks of the river are set up waiting to greet both residents and foreigners alike. Though not glamorous the beer stations of Myanmar are an optimum place to interact with locals who, generally modest and smiling, are often keen to practice their English and offer recommendations of places to visit in their country of which they are so proud.

A Brit travelling in Myanmar may be surprised to never hear any rancour when locals speak about the colonial era. ‘Rooney!’ and ‘Manchester United!’ are the common response when one says they are from the UK, not ‘Kipling’ or ‘Queen Victoria!’

From the ancient ruins of Bagan and Sri Ksetra to the struggle for independence and democracy by General Aung San, Myanmar has a turbulent and tremendous history. It is a history that can be comprehensively explored when in the country, but more commonly you will find the locals keen to speak about today or better still, tomorrow, rather than 100 years ago.

With the country now opening up once more to the world and ready to unleash the potential of its young populace, travelling to Myanmar today is as exciting as thinking about how it was in the past. When visiting Mawlamyine, one can be as enthused about visiting the new park as seeing the setting of Kipling’s poem. Kipling’s Burma and Little London are a part of Mawlamyine, but so are its enthusiasm for today and optimism for the future; and that is as beautiful as the grandest colonial building.