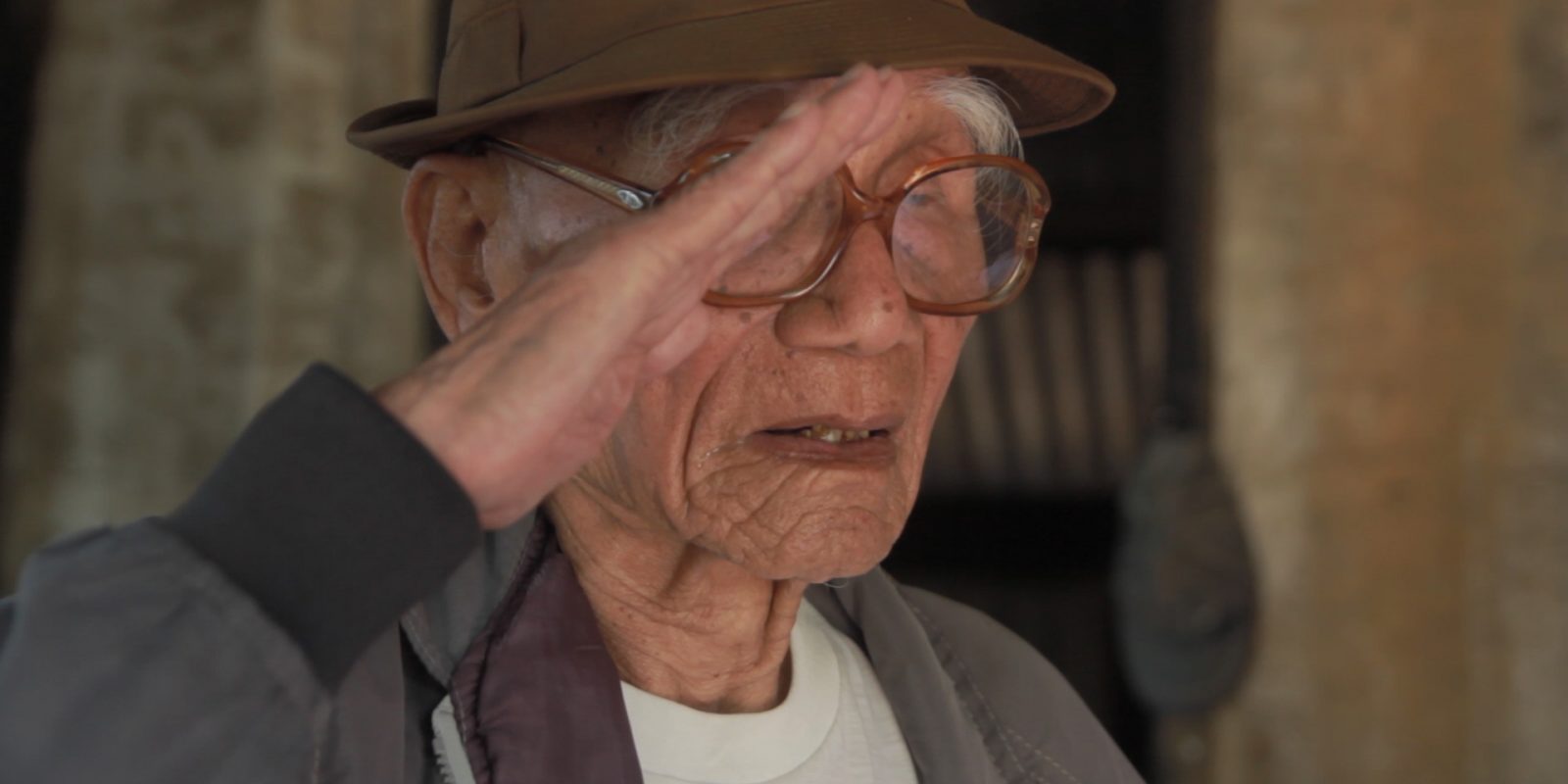 February 2018 arrived with sad news, when the team at Grammar Productions learnt about the passing of Saw Tun Thein – one of the star contributors to our upcoming documentary Forgotten Allies– at the impressive age of 90.

Born in 1927, Saw Tun Thein grew up in a Burma firmly under British rule. More than 5,000 miles from Buckingham Palace, every morning he and his classmates would start their school day singing ‘God Save the King’.

When I first met him in early 2017, the words were still fresh in his mind. He threw a jocular salute before giving a near-perfect rendition of the anthem, clearly deep-set in his memories.

Saw Tun Thein had worked as a driver for the Royal Engineers, a regiment whose expertise had been put to use building badly needed bridges in many parts of Burma. However with the rapid retreat of British troops in the face of Japanese forces in 1942, their skills were put to use destroying the very same bridges in a last-ditch attempt to slow the enemy advance. During the chaos of Britain’s exit from Burma, he was told simply to go home and await the return of his British officers.

Over the next two years he witnessed the casual brutality of the occupying Japanese Imperial Army, who were quickly securing their grip over their newest colony. “I saw a Japanese soldier beating an elderly Burmese villager” he says. “He was slapping him across the face. I felt terrible for him.”

Face slapping was so common during the occupation that it became a major issue for the Japanese administration. It undermined the shallow pretence of their invasion – freeing Burma from colonial suppression in an act of pan-Asian solidarity. Yet rather than banning slapping, they ruled that only those above the rank of lieutenant colonel could mete it out.

As Britain’s 14th Army returned in 1944, Saw Tun Thein witnessed in the skies above his house the bombing raids that would help secure the Allies’ eventual victory in Burma. “I saw many double-bodied planes flying,” he said. “I saw them shooting and bombing [the Japanese soldiers]. Many were killed”.

“As they fled their base, they had to abandon all their guns and other heavy things. They were afraid that we would take the weapons, so they threw them into the nearby Salween River.”

But like many of the men and boys from Burma who saw action, the end of WWII and Burma’s independence from Britain in 1948 were just the start of another brutal war; a war that would last the remainder of Saw Tun Thein’s life and come to be known as the “longest running armed conflict in the world”.

During the war years, the majority of the Karen – along with other minority groups such as the Chin and Kachin – had chosen to support and fight for Britain and her allies; driven by a mixture of loyalty to old friends, enmity to the Japanese, and forlorn promises, made by some British officers, of post-war independence from Burma.

On the other hand, many Bamar (or Burmans) – the dominant ethnic group in the country – had initially chosen to support the Japanese invasion, with its promise of freedom from British rule. As the balance of power in Burma began to tip however, many would subsequently switch sides under the leadership of General Aung San to help Britain drive the Japanese out.

Help for Forgotten Allies with the veterans | Grammar Productions

Despite that, differing wartime allegiances and inter-communal bloodshed during the war years would leave deep and lasting divisions. Burma’s post-war future was to be blighted by fighting amongst its diverse ethnic groups.

As a Karen – one of Burma’s ethnic minorities living predominantly on Burma’s eastern frontier and delta region – Saw Tun Thein found himself in 1949 fighting against former comrades from Britain’s Burma Regiments in a separatist struggle.

When asked by Help 4 Forgotten Allies, – the British charity providing support to him in the final years of his life – what they could give him to help, Saw Tun Thein had a surprising reply:

What for? To retrieve the WWII-era Japanese weapons from the bottom of the Salween River and continue his fight.

Our condolences go to Saw Tun Thein’s family, and we hope that in a small way Forgotten Allies – the documentary that he so kindly contributed to – can preserve the memory of this brave, warm and all-round remarkable man.