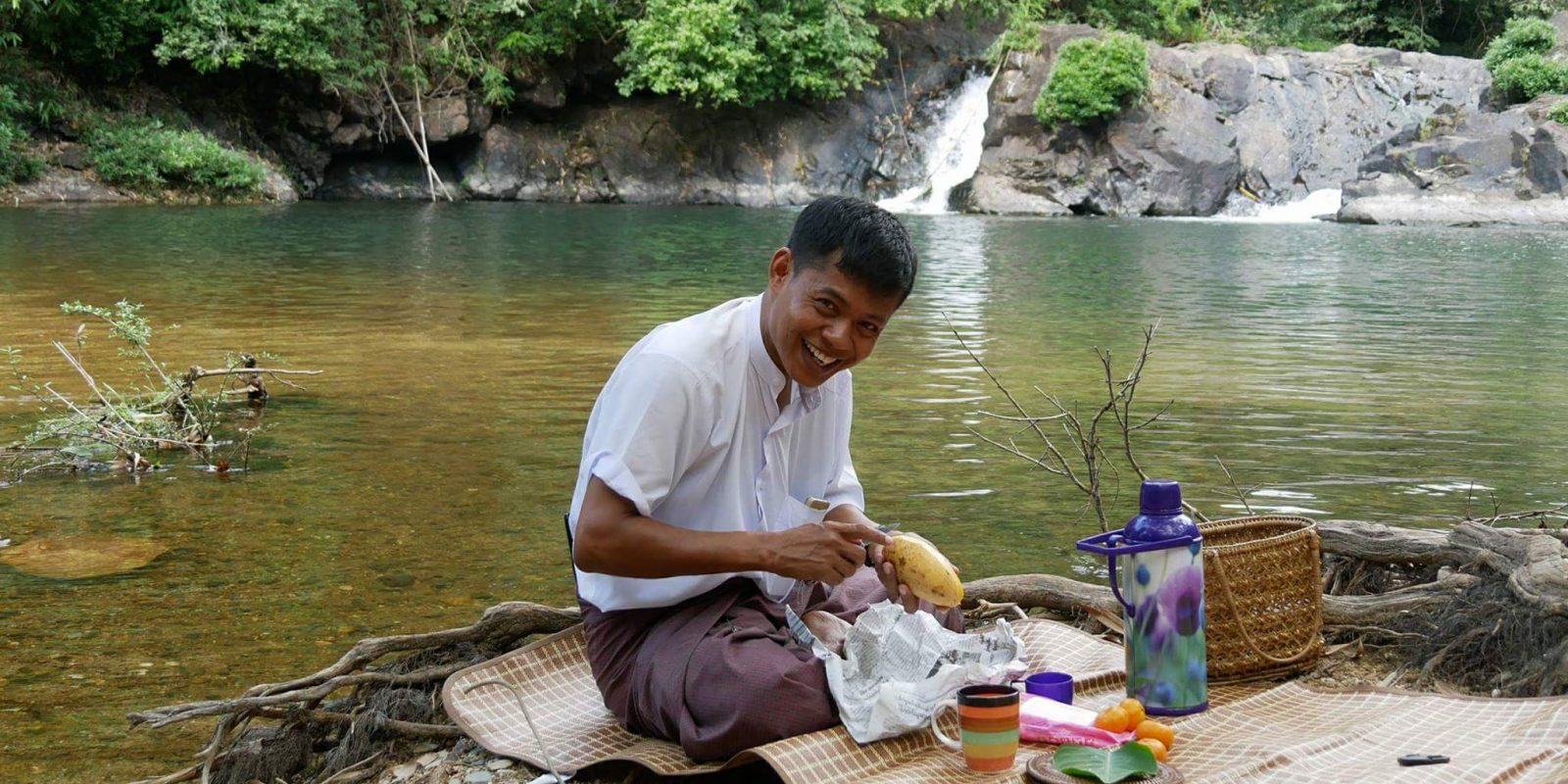 Thein Htaik, aka ‘Sam the Man’, entered tourism by accident. Jobless and despondent in the small port town of Dawei in 2005, a chance encounter with a couple of tourists (a rare thing in Dawei at that time) led to him becoming the town’s first tour guide. Lacking an official license, he posed as an ‘English-speaking taxi driver’, while his name and contact details were steadily and stealthily passed on along the travellers’ grape vine.

That same year Thein Htaik founded ‘Easy Travel Dawei’, and under the eyes of cautious and snooping authorities he continued to take adventurous travellers to the handful of places around Dawei that foreigners were then allowed to visit. His nickname was ‘Sam’, which was morphed into ‘Sam the Man!’ by one rambunctious client. With his antennae ever attuned to marketing opportunities, ‘Sam the Man’ soon became an alternative brand name, and has stuck ever since.

From a humble start, Sam has gone on to dominate Trip Advisor’s ranking’ in Dawei. His broad knowledge of the area, zestful character, and commitment to sustainable tourism (rooted in a passion for the people and environment of the region) has made him a well known and much loved face in the world of Myanmar Tourism.

In the garden of Dawei’s first boutique hotel, Sampan sat down with Sam to speak about the time when there was only one hotel in Dawei, and ask how he envisaged the development of his town as it becomes more firmly rooted on the travellers’ trail.

We started by asking him how he first fell into tourism … 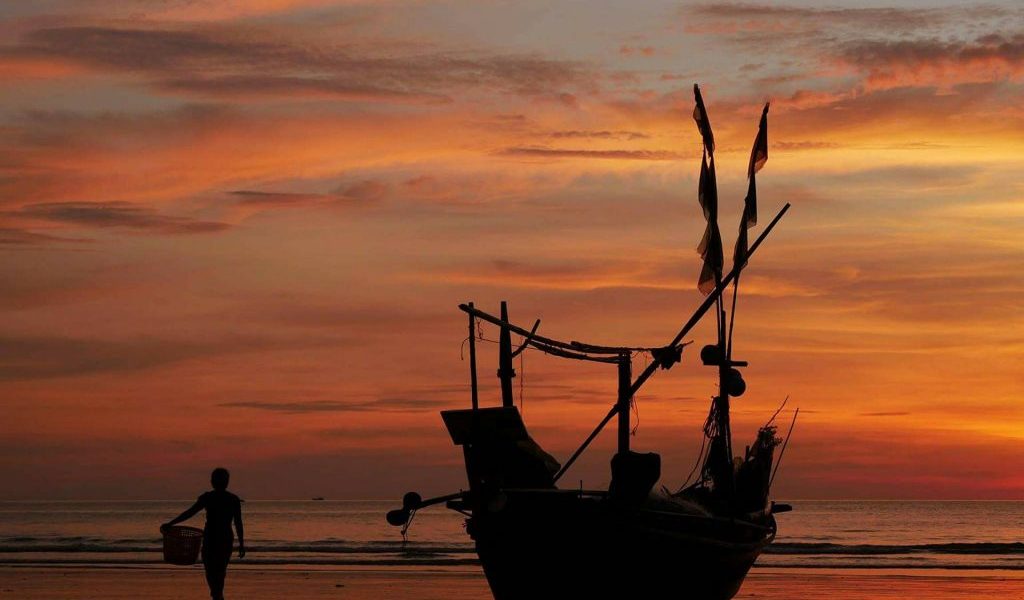 It was around 2005 when I had transferred from Myeik to Dawei. I was following my wife as actually there was no job here for me. But a few months after I saw a couple of foreigners looking around on the corner of the central market. I was curious and asked them, ‘Can I help you, please?’ They said ‘OK yes’ and we sat down and I answered their questions about Dawei, and about what they want to learn, about their guesthouse, transportation … One hour later we say goodbye and I take one or two steps away and then I heard ‘Hallo! Hallo!’ I look back and ask if they want more information and they say ‘No. We want just you! You must be our guide!’ I said I had no idea about tourism but I know a little about Dawei, and they said ‘Tomorrow we start!’

And so it started.

Guiding at that time was very limited. We could not go to the tin mines, or to the forests, that was forbidden. So we only went to Maungmakan Beach and then a little around the market and downtown areas. A day after, they [the foreign couple from the market] took a photo on the beach and then behind the photo they are writing some letter. They give it to me and they say, ‘Please if you see any other tourist, show this photo, as it can be helpful to you.’

I forget about this and they go back and I think around two weeks later I am called to the Pearl Princess Hotel [at the time the only hotel in Dawei]. When I arrive there is another couple there. They ask me who I am, and how many children I have, and ‘how about your wife?’ and then they say, ‘OK! This is the right person! Tomorrow we go!’ And so we went.

At that time I used to hire a tuk-tuk. But I am a little afraid of the government policy and so I had a friend in the police office and a friend in the immigration office, and so I ask them how do I do this without a license? And they told me to be a taxi driver. I had not enough money to buy a car but enough to buy a tuk-tuk. I went to Magwe and bought my tuk-tuk there. And so I became an English speaking taxi driver in Dawei! 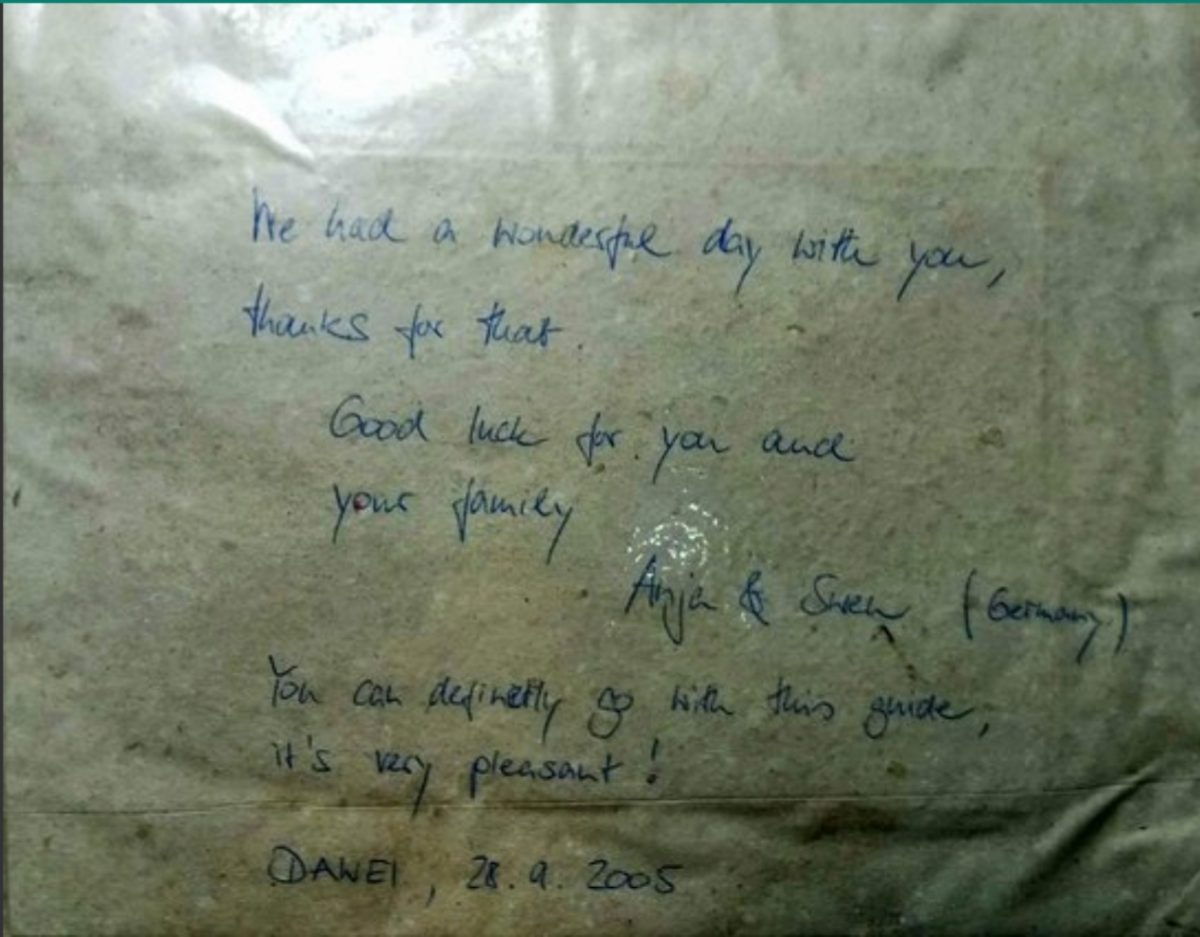 Letter from Anja and Sven | Sam the Man

I would need to go to the police office and the immigration office because I had no license. I had to request if my clients want to go here or there. At that time I am running under many eyes …

Some expats. Some were working for the EU office in Yangon. But at that time I am not asking. I was told that tourists do not like to speak about themselves. If I want to know something I must talk about myself, about my wife, about my daughter and son. If I want to know their name, I mention my name, and automatically they tell me their name. If I mention my age, they mentioned their age. If I explain ten things about me, they will talk about three of them. From the beginning I know this theory.

How do you feel about the growth of tourism in Myanmar?

I am an optimist. Even now we need more guides, more drivers for the tourists. I think this is very good for me and for the people who live here.

Before tourism our people did not care about the beauty of our region, because we are used to it. We are not like ‘Oh this is beautiful’ – it is just the scenery. But after tourists are taking pictures and writing about it, then we start to compare with other regions and we see that these things are beautiful. And they are resources for tourism! And so we start with things like plastic control because we are ashamed.

If our region is developed we will host some sailors, and I think because of the demands of the sailor, and from some workers, some businesses will open like in Pattaya.

With the growth of tourism and the construction of the Deep Sea Port, how do you think Dawei will be in five years time?

In five years time there will be much business tourism. According to my knowledge, I think the Deep Sea Port will start so we will host many businesses and they will need nice hotels, nice restaurants, and nice meeting rooms. And also [there will be] tourists willing to spend more money. Now nearly 85% of tourists [in Dawei] cannot afford to spend more money because they are still young, still students. We can expect in five years time more ‘golden guests.’ 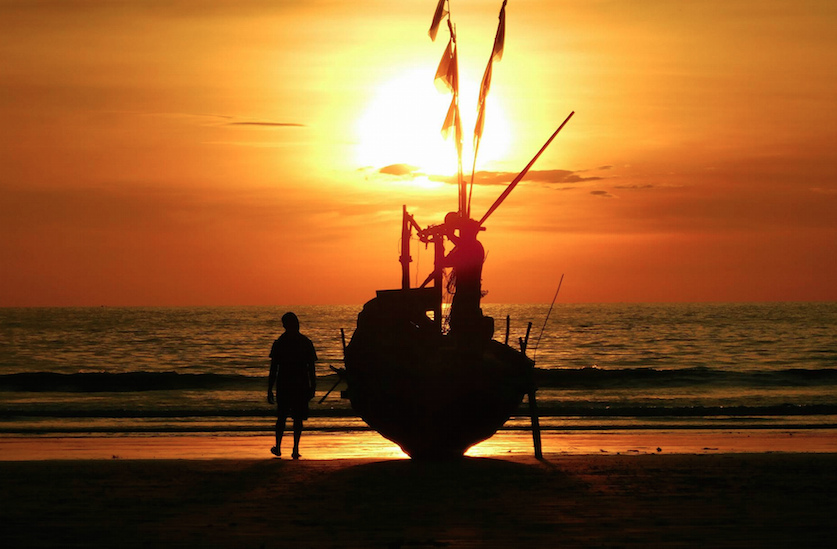 Do you have fears of Dawei becoming like the party beaches of Pattaya in Thailand?

If our region is developed we will host some sailors, and I think because of the demands of the sailor, and from some workers, some businesses will open like in Pattaya. This is definitely sure.

But on the other hand we are later than Pattaya, maybe twenty years behind. So we have a chance to learn what are the benefits and what are the side-effects and the negative impacts of tourism. We have to give a little bit for their demands, but I think we can handle the balance.

Let us say there are two friends and they choose to visit Southeast Asia. One chooses Thailand and the other follows. And then, when the second arrives in Thailand he is not happy. And so because of our marketing he says, ‘I have the chance now to visit Myanmar.’

Also, we should be preparing not only for Western tourists, but also for ASEAN [Association of South East Asian Nations] tourists. Thailand has a big middle-class. They live in a metropolitan culture, and they want to escape for 1, or 2, or 3 nights. We should not be like Thailand because we are 10, 15, or 20 years after Thailand. We are like the memories of their childhood. So we should not be marketing like Thailand, because we have a different product.

We are a team; the ASEAN community, one team. This kind of product we can sell together, and tourists can spend more time in ASEAN. So we are not like competitors, but like partners; there is a synergy. Each country enriches their culture so that each is still unique. So let’s say we have a forest, we can show them the forest. For the disco, Thailand is waiting; for the beach, maybe Indonesia. This way we can be united. If united, we can be stronger.

But this is why marketing and advertising is very important. If we are preparing like Thailand, we become the second Thailand. So, we should not do this. We are different, and we can choose.

So what is the unique product of Dawei?

[Sampan’s note: We feel obliged to respectfully point out at this point that there is more to Bagan than just temples, and much more to Shan State than just mountain views and forests … etc., but we take Sam’s point.]

But let’s talk about Dawei!

In Dawei we have mountains, the forests and the river – we have two rivers! In the evening travellers can board a boat and it is so nice and refreshing with the sunlight on the water, it is really nice. We have two national parks, and about ten islands that were declared a wildlife sanctuary in 1927; very suitable for divers. And how about the ancient town? An 1800 year old ancient town called Thagara! And we are still digging! And then we have pagodas and architecture related to China and the Penang in Malaysia. And then we have about twenty beaches, and some of the beaches are still virgin.

So, from the destination point of view, Dawei is nearly perfect. 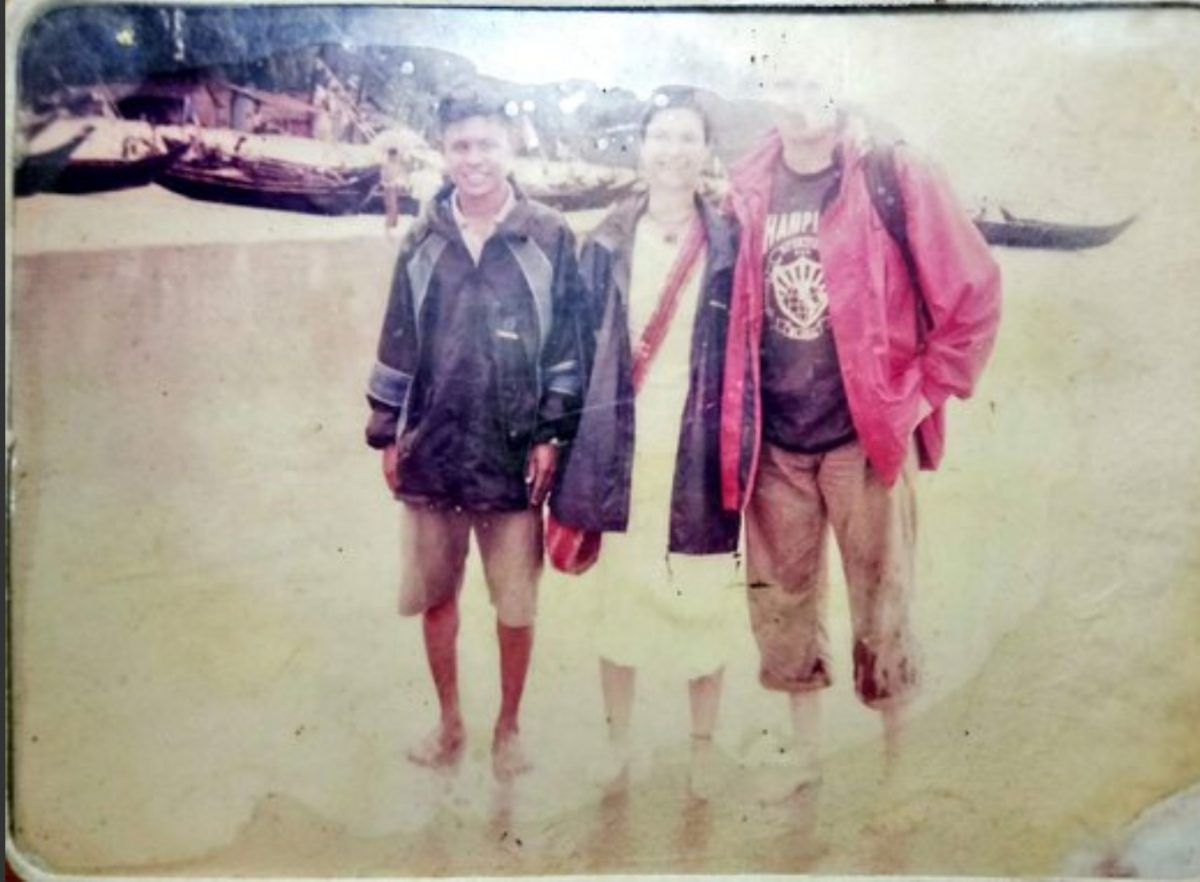 What is the favourite part of your job?

When I was young I had a dream to travel to the outside world. Now I have no chance to travel because I cannot afford, and because all my money needs to be invested in my business and for my children’s education. But because every day I am working with foreign tourists, then every day that I am working I am travelling. That is what I appreciate most about my job.

Are you still in touch with that first couple from the market?

No contact now. When I have good money enough I will visit to Germany to contact with them. I have their photo still. I want to invite them to visit me again. They changed my life. They saved my life. If I did not become a guide I would have gone back to Myeik. Before I am the assistant manager in one company in Myeik. I would need to go back to my former job. That time in Dawei there was no option. No opportunity! So, if I went back to Myeik I am 60% sure that my wife and me would maybe have divorced. So, that is why they changed my life. They saved my life, and they saved my family. They are my benefactors. I really thank them.